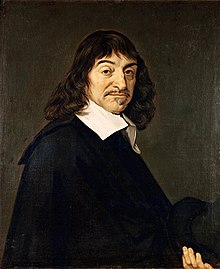 Cogito Ergo Sum
For the past ten years, Frankie returns to a run-down industrial part of Staten Island that faces New Jersey around the end of January. He is drawn to this place. He instinctively knows when it is time for a visit. It is home to a longshoreman old-timer bar on the shores by the Kill Van Kull.


Frankie took a drunk Merchant semen there from lower Manhattan when he drove a taxi overnights during his college days in 1971.


After dropping off the fare, he entered this bar to drain the dragon before dead-heading back to Manhattan. An older, tough-looking crowd populated this establishment. Once drawing the attention and silence of the patrons upon entering, it turned out to be an uneventful 1971 bitter cold winter night at the bar. Frankie had all but forgotten this brief episode until ten years ago.
***
Today, Frankie contends this bar only appears at the deadest time of winter. The wind must be able to chill one to the bone as it blows down the dark and desolate street of those 19th century worn smooth cobblestones. This is where the 1971 anachronism of the bar sits.


The bar has no name, and it is 1971 every time Frankie returns. Nothing changes, and none of the patrons get any older. The warm beer is still 25 cents a glass, and the pretzels remain stale. The food is still cheap and lousy. There is still sawdust on the floor.


The visits always seem so real.


He cannot distinguish between his real dreams and this one vivid recurring Staten Island bar experience. He is unsure if it's a dream, but it's like no other dream he's had in the past 50 years.


Frankie can't tell if his dreams are in color or black and white. They all seem so real. People that are now dead remain silent in his dreams. When appropriately and situationally present, they are looking on as observers. It remains all so strange. But this one dream is outstandingly different.


The neighborhood is different when he returns to Staten Island any other time during the year or returns with an unsuspecting friend. The bar is gone, replaced by a coffee shop. The streets are paved with asphalt. Frankie accepts what Fats Waller always said: "One Never Knows, Do One?"


Frankie has never told anyone about this bar or the dream. Except for his friend Big Al, a retired cop buddy who now lives in Pennsylvania and dabbles in real estate speculation and writing.


So Frankie remains calm with the whole thing. After all, he is known to be a bit eccentric. Nevertheless, he enjoys what he now refers to as: "The 1971 Excursion."
***
During Frankie's 2017 "1971 Excursion," things at the bar seemed the same. But he sensed something might be slightly different as he turned to his immediate left.


There he was, a bearded man, approximately Frankie's age. Frankie had never seen this man before. The man looked up from his beer and said: "I'm Jack Mackie. I haven't seen you around here."

Frankie extended his hand and introduced himself. It happens that Jack was an aspiring writer. He paid his bills by working a day job as a plumber. Frankie then identified himself as a retired cop. Finally, Frankie expressed his surprise at meeting another fellow aspiring writer in this "current" environment.


"Alcohol and writers?" Jack laughingly replied. "Are you kidding?"


Frankie usually overheard conversations and was never engaged by anyone when he "visited" this bar. He felt that he was just an "observer" in his dream/flashback/1971-excursion experience.


But this was a new twist. Frankie decided to tread lightly and surgically construct his questions and dissect and parse John's responses.


Could Frankie verify if it was 1971 or 2017 in the bar that night by artfully engaging Jack? He was, sure enough, going to try.
***
Jack was all too quick. He picked up on what Frankie was up to.


Frankie smiled and shook his head in the affirmative. He asked Jack:

To which Jack responded, "I can ask you the same."


In unison, they both said, "Fuck it," enjoying a good laugh.


The entire night consisted of great conversation. Both men instinctively knew to avoid further probing the time situation for fear the eerie time/space balance would be upset by inquiry.

The conversation ran the gamut of life experiences. Frankie considered himself a writing hack. He could bang out stories like Henry Ford did with Model Ts on an assembly line.


But Frankie discovered that Jack was a true artist. He had an artistic soul and wrote from within. He expressed his agony and pain in the stories he related to Frankie. "This guy is the real deal," Frankie said to himself.


Frankie tried to motivate Jack to write more of his stories. However, Jack remained noncommittal, indicating he might give up on writing. But Frankie never gave up, especially on other people.
He urged Jack to continue writing.


He saw Jack was probably a restless spirit who lost his direction in his twenties. They continued discussing writing and life. Frankie liked using the expression, "You gotta turn your shit into gold!"
***
Frankie awoke the following day. He thought he spent his yearly excursion at the bar. This was a unique sense of intellectual satisfaction. But he did not know why. As usual, his remained a blur except for the ambiance of the bar and its familiar patrons. It seemed all too much like a dream, but a special one. He had not the slightest memory of meeting Jack.


Jack woke up to the same exact experience.
***
Ten months later, Frankie received a book in the mail from his pal Big Al via Amazon. Big Al came across this title and its blurb while searching the Internet for background on Staten Island real estate gentrification.
The book's title was: "The Bar Remains The Same: Warm Beer and Lousy Food From 1971" by JD Plummer. In addition, it had a note clipped to it. "Isn't this your bar?"
***
Frankie read the book and seriously evaluated it. Who was this writer? How does he know all these details about the bar? And that premise that it only appears once a year in Staten Island? Frankie decided to check this guy out. Luckily, there was an email address on the book's copyright page.


Frankie agonized over the email. It took three days to construct what he considered an artfully worded inquiry. For some unknown reason, Frankie had an uneasy sense of the outcome of any possible forthcoming encounter.


The response came within the hour. JD Plummer, the book's author, asked Frankie to meet him for lunch at an Italian Restaurant on Staten Island.
***


Defonte's, the famous Italian restaurant from Red Hook in Brooklyn, now had a location in Stapleton, Staten Island. So that is where they met.

It was strange. JD Plummer was sitting at a table and immediately recognized Frankie as he entered the crowded eatery. He motioned Frankie over to the table. Frankie sensed this was JD as well.


When Frankie asked how he picked him out of the crowd, JD said, "I just knew. I never saw you before, or have I?"


JD told Frankie his real name: Jack Mackie. Nothing registered with Frankie. JD mentioned that he always felt someone responsible for his artistic regeneration in his "dream" bar experience. It all was there, but he couldn't entirely focus on it.


But JD had to tell his story. It was torn from his inner being. JD understood (as much as a man could) what childbirth was like for a woman. Luckily this work was accepted and published. JD now had to nurture newborn creativity and guide other work from his inner self.


Telling the story of the Staten Island 1971 bar and the individual to whom he owes his success was imperative. JD realized he would soon find out who that individual from the bar was. This was all part of a personal quest in 2018 he had now undertaken.


But Frankie's response and information made them realize: This was all more than a dream.


Frankie asked JD what happened to make him recall "the man" from the bar if, in fact, it was a dream or reality. JD responded that he now is convinced that having faith in himself resulted from an intellectual spark. He just knew the man from the bar had a significant role in the entire episode.


JD remembers a quote he believes must have come from the conversation in the bar: "I think. Therefore I am."


He decided to adapt that to believing that he was meant to be a writer. The actual statement itself is attributed to Rene Descartes, who famously sought a self declarative statement. One that could not be doubted regarding his own existence. JD sought to discover he could not doubt that he existed as a writer. He adapted:


JD finally realized he was the one doing the doubting. But unfortunately, it took the father of Western Philosophy and some 21st-century encounter from an anomaly of experience (the bar) for JD to know he was, in fact, a self-actualized writer.


Frankie speculated about it. And he fully understood. Jack had to totally accept this concept to enable JD to exist.


Why are they aware but don't know each other or the exact circumstance of their connection?


After spending hours in conversation at DeFonte's, they still didn't understand the actual connection they shared. So the two promised to meet one freezing evening in January at the no-name bar that only exists once a year in Staten Island.


That's all they can do. Frankie and JD won't nail down a date or time. But, they are sure they will each independently know. The two did not exchange contact information. Instead, they decided to let the powers that be take their course.


And so they place their trust in Cogito Ergo Sum, in Latin or as it might also be known in French: Je Pense, Donc Je Suis: