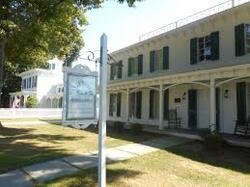 The Morrison Twist
Who in Oyster Ponds would believe they are living in close proximity to a famously successful real life novelist? A writer who cranks out New York Times best sellers like they were sausage in a butcher shop. Surprisingly, all in Oyster Ponds are unknowingly living with a famous mystery author in their very own community.
Mrs. Morrison’s nom de plume is Spike Donovan. Yes, Spike Donovan, the prolific world famous mystery novelist.
The publisher had no idea from day one he was dealing with a seventy something year old lady from the most Northeastern tip of Long Island. This, all thanks to her sly manipulation of the Internet. 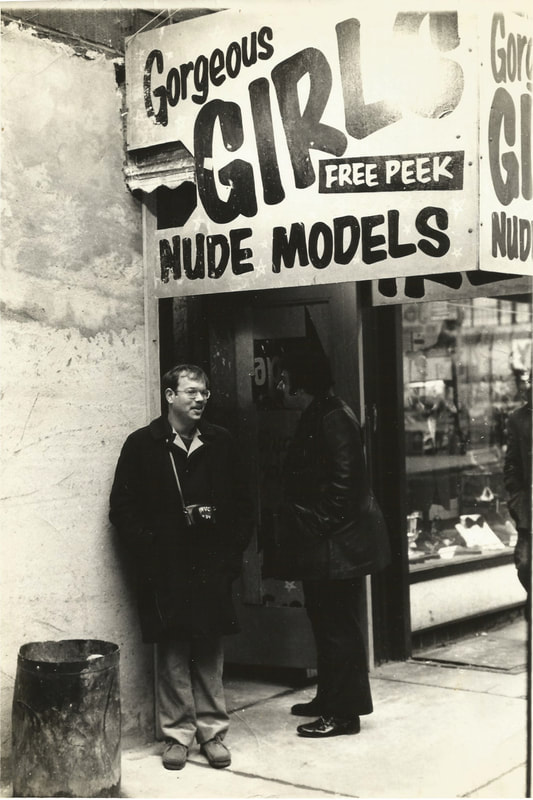 Vince Domino: King of Smut
As Tough Johnny Rolls (his words) remembers it:

It was the beginning of summer in 1954 when Vince Domino returned to the East New York section of Brooklyn. His thirteen year stretch at Sing Sing was over. No parole for Vince, he did the full tilt. He’s no rat, he kept his mouth shut.

What other choice did he have? Maybe like Kid Twist? The rat star witness who agreed to talk and took a ten story “fall” out of a window while being secretly protected by the cops at the Half Moon Hotel in Coney Island.
​
Forgetabout it! 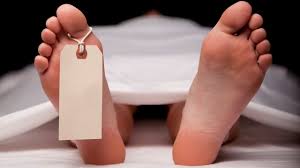 What The Dead Want to Know
Richmond Thomas was an erudite man. He had the fortune of being born into a wealthy family that expected and encouraged an intellectually curious and worldly outlook from their children. Richmond attended an Ivy League University. Everyday of his seventy years on Earth was welcomed as a new opportunity to experience, learn and understand.
All of his life, Richmond continually romanticized the past and the masters responsible for the evolution of Western Civilization. Richmond’s search for such minuscule and hidden insights was insatiable. He left life with many unanswered questions.
READ MORE 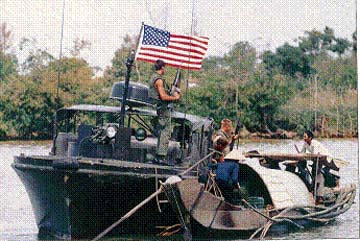 Pictures of Matchstick Men
It was a bright and clear 2007 spring day. I was sitting at an outdoor table in front of the Administration building during a break in classes. My craving for my cold sliced chicken sandwich  was  now satisfied. It was on soft white bread with mayo, tomato and lettuce accompanied by an ice cold Sprite. Along with my bag of chips of course, I had my chocolate chip cookies.

All was good with the world that day. It was breezy, I like breezy. I also like hearing the wind ruffle the leaves in the trees. The world seems not so stagnant when the breeze makes it vibrant and alive. This all, in spite of what terrible shit is in the news.
READ MORE: 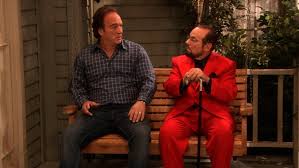 The Devil Made Me Do It
There he sat, I saw him from a distance, perfectly at ease while vaping on his Red Hot Chili Pepper flavored e-cigarette. The noticeable difference was it’s glowing red tip. Otherwise, Mr. Jones naturally blended into the crowd of Brooklyn millennials that filled this Micro-Brewery in trendy Williamsburg. Sauhok Shikkusu had selected this site in Brooklyn for our first meeting with him. I must admit I was a bit skeptical; well, really I was more frightened at the possibilities of this meeting. But I couldn’t give up this apparently once in a lifetime opportunity.
READ MORE 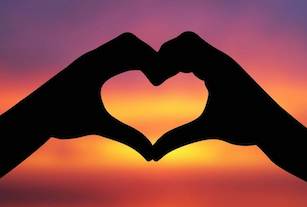 L-O-V-E
The room was as he had envisioned it even before he put it together. All constructed out of recycled materials due to the nature of his limited budget. The bed frame as well as other furniture purchased after hours searching yard sales for the perfect items.
​READ MORE 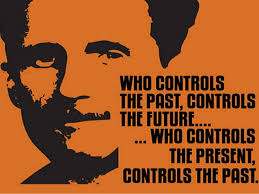 1984 = 2032?
The human condition has always been deeply problematic, but as of ten years ago, super-human intelligent AIs (Artificial Intelligence) became one billion-times smarter than humans. AIs have solved the world's biggest problems. Resources are plentiful for all humans, work is totally unnecessary and AIs and their “human advocates” have “benevolently bestowed” (their words) on humans a universal leveled income.
All the human status hierarchies have disappeared and humans are free from work and are able to actualize a more meaningful existence. As long as it all falls within the dictates and parameters of the AI’s and their Human Advocates required socially tolerant policies.
READ MORE:
8 Minute Read 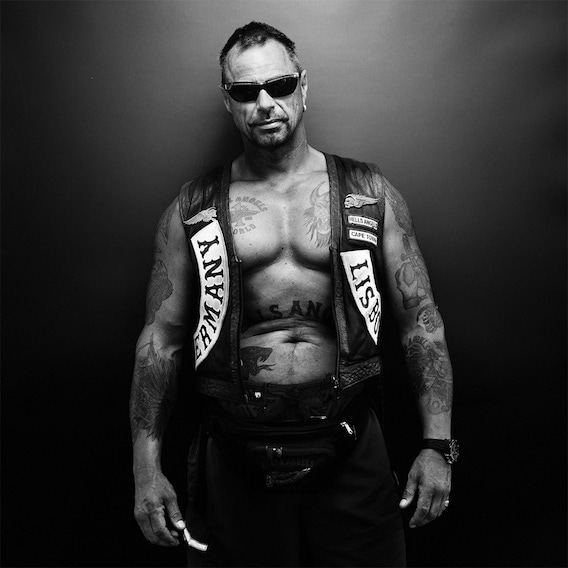 A Factor of Fear
“Is that the way you think he should go?” Michelle asked, after she read it directly, word for word from the dictionary.  She kept her dark brown eyes locked on April to read her initial non verbal response.

Michelle and April have been friends for a few years since they first met at the New York State Supreme Court House while serving on the same jury. “This is all kind of spooky, why do you continue to associate with these kind of people?” April asked.

Michelle and April have been friends for a few years since they first met at the New York State Supreme Court House while serving on the same jury. “This is all kind of spooky, why do you continue to associate with these kind of people?” April asked. “Never mind about that, don’t you want to help me decide the best way for him die?” Michelle asked in an even lower tone as she moved her body forward in the mahogany chair, and placed her elbows on the library desk to emphasize the dominance she has assumed in their friendship.
READ MORE 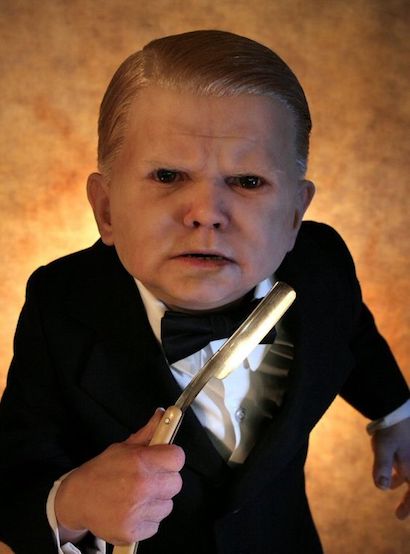 'Snuff Said
Ben was the kind of person that could never, for lack of a better term settle down. That term settle down does not exclusively pertain to any specific geographic domain; it encompasses the totality of life’s experiences from occupations to relationships and everything in between.

If one knew Ben’s historical lifeline, one might best describe him as the preverbal jack of all trades and master of none.  A loner and a stranger, without any meaningful or lasting ties to people, places or things. A face that goes with an existence that is, at times, unintentionally ignored and intrinsically distinguished and by its own nature.

Those of a more provincial and pedestrian lifestyle (known as Humdrums to Ben) are usually sharply divided on their opinion of people like Ben. On one end, there are those Humdrums who consider Ben and those like him antisocial, wandering, unfulfilled souls, who have no past nor present and definitely no future.
​​READ MORE 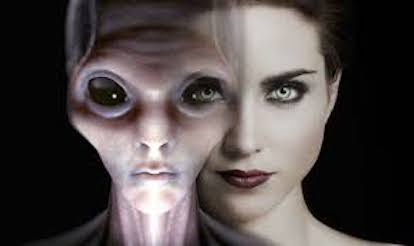 Grey's Anatomy
“Is this your first time in there?” The older Felgrey (female Grey) “registered” to her younger Felgrey companion floating in the adjoining Personal Dimensional Transport Easement. “Yes, it is. My time has come” the young Felgrey responded.
“Well, good 12trivatious74 trying to adjust to it, because I never did.” The older Felgrey modified her registrative level from “Actpont47” to “Actpont3” while simultaneously registering an “expresensation X32776” to maintain a sense of privacy.
They registered a few more friendly “subsanticons” regarding typical Felgrey concerns about visits “in there;” “in there” being Earth. The younger Felgrey then began to register in a somewhat fearful, yet prescient way. The registers she proffered were all quite innocent compared to what she was really going to experience.
READ MORE: 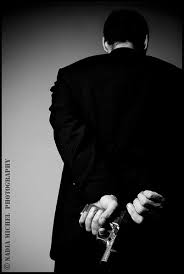 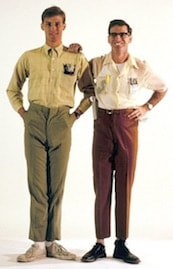 Wendel and Corey's Discourse
They were eating dirty water dogs and sipping Diet Cokes as the combined condiments of mustard and New York style tomato-sauce-onions oozed out of their frankfurter buns onto their yellowing white shirts and cheap, loud ties.
“So you go to church and believe all that stuff?” Wendell asked as they sat on their usual park bench after attending yet another dead end job fair in Manhattan. Cory immediately responded while chomping on a mouthful of food, “I don’t go to church religiously, (both unaware of the unintended pun), but I do believe in God.”​
​ READ MORE 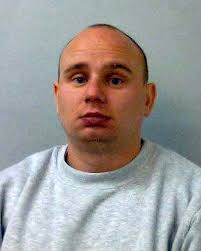 ​​It Takes One to Know One
​
​Tadeusz Mikloski grew up in the cultural cocoon of the Polish Immigrant community in Greenpoint, Brooklyn. He always unquestionably resisted assimilation into the majority American mainstream. That was paramount to his existence. Then suddenly questions started to pop. But how long could self control last?

A thirty something year old in the mid 1970’s, Tadeusz was about five foot nine, thin and sported a closely shaved crew cut. The hairstyle, along with angular facial features of pure polish ancestry accentuated his bulging grey eyes. But that, in itself, has little or no culpability for his current situation. Tadeusz  projected “a totality of odd.”  His physicality just enhanced his self directed negative trajectory in life. But how to overcome these thirty years? It would be difficult, but not impossible. 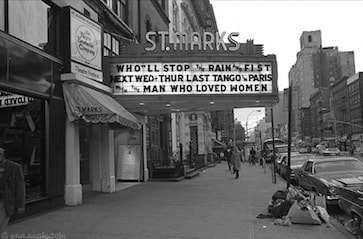 “So tell me again, this time like you’re explaining it to a five year old,” Patrolman Lorenzo De Frenzo, Shield # 13077 said, staring at the man sitting on a broken chair in the 124 Clerical Room of the NYPD’s Ninth Pct. Station House.

Quinten Bialy started to explain his story again, as slowly and as methodically as he possibly could. Patrolman De Frenzo’s initial, professional and correct decision stood: “The missing person, a male caucasian, 30 years old, Bella Berousky, was not Quinten’s relative, but was his roommate, even so, Quinten could not report him missing.” That fact was already explained during the first minute of their encounter, re: NYPD Policy.
READ MORE