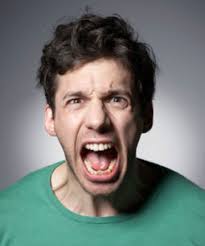 
Clyde was exploring Brooklyn - after arriving in New York City from his hometown somewhere in the Midwest. He was discharged from the orphanage where the Nuns’ found him on their doorstep as a two day old baby.
He wanted to see the world and left the only home he had ever known without leaving a trace. That was two weeks after his  eighteenth birthday when Clyde took a bus to New York City.
He was attacked and hit in the head with a baseball bat. The gang of Italian Bay Ridge thugs did it because they were bored. They were too lazy to walk over to the Jewish neighborhood and beat up some Jewish kid. Clyde was in the wrong place at the wrong time. He woke up at Kings County Hospital not knowing who he was or anything else about his past.
Ever since that night, Clyde (now known as John Doe) became somewhat erratic. As time passed he became a practitioner of Objectum sexuality, or “objectophilia.”  This condition exists when individuals have strong emotional, romantic (and even sexual) feelings towards particular inanimate objects.
Over the years, Clyde continued to believe the idea of having any relationship with another human to be quite ridiculous.
His first infatuation was with Dipsey Doodles. He believes it was the television commercial theme “Dipsey Doodles are the corn chip with SNAP!” The theme became a musical aphrodisiac. He would sing it constantly as he devoured tons of Dipsey Doodles.  He became know on the street as “Dipsey Doodle” - The name having dual a meaning.
But this all ended when Olde London, the original manufacture of Dipsey Doodles sold out to the Wise Potato Chip corporation. He despised his imagined slight change in the taste and texture of his only obsession. He had lost the love of his life.
He could not handle any type of objectophilia unrequited love. He went off deeper into the deep end. Then it happened. A wino named Raoul offered Clyde some wine and Utz Cheese Balls when he noticed the usually buoyant Clyde sitting on a bench in Madison Square Park, obviously emotionally drained.
Clyde then decided to become focused on Cheese Balls. It was the new discovery of the attraction of the texture, color, taste, and smell of the Cheese Ball, specifically the UTZ brand of Cheese Ball. He disdained the inferior, but flavorful Cheese Doodles - for now they were forsaken by Olde London to Wise as well!
He soon found that he could only eat UTZ Cheese Balls. But the most sensuous part of his desire was the yellow dust that stuck to his fingers. He called his digits: “My Lovely Lingering Fingers.”
As Clyde grew older, the SSI benefits he received were not enough to sustain himself. Clyde became a small time burglar. Never one to go beyond a few blocks of his run down, rent controlled SRO hotel - He practiced his art of burglary within the confines of Manhattan’s 13th Pct.
The cops always knew when Clyde pulled a job. He refused or was just too stupid to wear gloves and left traces of cheese ball dust prints. Sometimes a few cheese balls would fall out of his pocket at the scene of the crime.
He broke into Bodegas and small shops.  When the owners insisted on an arrest, the District Attorney usually pleaded it out to Criminal Trespass or Disorderly conduct. Most times the cops talked the owners out of pressing charges or they gave Clyde a summons for trespass.  He always apologized and paid the fines.
But he still was known to the cops and everyone in the neighborhood as Dipsey Doodle.
That name always irked him.
One evening, Clyde must have gotten ballsy. He broke into a loft building and was unaware that it was wired to an silent alarm system. He then heard the cops entering the building. Clyde escaped to the roof. He slipped and fell to his death.
The cops found him in the alley. He had the traditional cheese dust on his hands. The EMS crew removed him to the morgue.
Clyde had no family. He was never identified because there were no fingerprints on file with the FBI or the Defense Department. He was always destined for Potter’s Field as a John Doe.
The cops felt bad about that. Clyde always took being collared like a gentleman and never gave the cops any problems. He kept things on a professional level and the cops respected him for that. They knew he was really a harmless dolt.
Police Officer Frankie Neptune purchased a giant plastic container of Utz Cheese Balls. He and his partner went over to the hospital and placed the big plastic container in Clyde’s simple coffin. They arranged Clyde’s body to be hugging the container and made sure there was cheese ball dust on Clyde’s hands.
The Medical Examiner contacted the City Department that made up the simple tombstones. He had a friend there. As special favor to the 13th Pct. cops The inscription read: “RIP - John ‘Cheese Ball’ Doe - Buried with his everlasting love.”
Dipsey Doodle is dead. -  Long Live Cheese Ball!