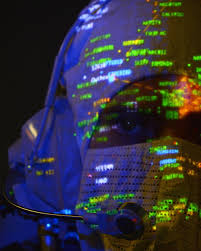 How Good is  Your Gay-Dar?
The life of Ralston Amicous was the talk of the nation. But he was now dead and he didn’t give a shit anyway. Imagine, Hugh Hefner dying on the same day, September 28th 2017. Similar to John Addams and Thomas Jefferson dying on the same day, July 4th 1826.
It is all in the marvels of destiny.
Hef and Ami, two individuals who used the same medium to institute two distinct cultural shifts in sexual attitudes.
Soon traveling the road to becoming historical pop culture questions on Jeopardy!
Old men whose sexual revolution had come and gone.
But the Main Stream Media never did give them both the same attention and tribute in life. It was expected Hef’s would garner way more than the somewhat ignored Ami. But the surprise was on everyone. Ami made himself the 2017 sensation of the year. This from his life, not his death.
Everyone has secrets to keep. Secrets that when discovered remake the story of their lives.  People like Mark Felt aka Deep Throat. Felt was a former top FBI official during the Nixon administration. He was the secret source high in the U.S. government who helped Washington Post reporters Bob Woodward and Carl Bernstein unravel the Watergate conspiracy during the 1970’s Nixon administration. Mr. Felt was “outed” late in life and now will be remembered differently than he had ever anticipated.
Ari was now one of those people. But for quite a different reason.
***
Hefner made his mark back in the early 1950’s through the early 1970’s with Playboy Magazine. The difference, regarding Amicous, is that Hef did it publicly as himself. He wanted the entire world to know his true lifestyle. He was synonymous with the Playboy mystique.
It was as if they invented Viagra for Hef because he grew older.
Hef would always be a true living part of the DNA that made Playboy Magazine’s success.
Ami had to project a faux lifestyle for his public persona. He did not lead the lifestyle he represented. His true lifestyle remained a secret all these years leading to his death.
His deception generated interest in 2017 that made his passing more momentous than Hefs’.
****
Ami took Hef’s original business concept and applied it to an underserved and mostly ignored population in the 1970’s. His research showed that the amount of disposable income for gay men was enormous. Ami was a shrewd San Franciscan businessman.
That led him to develop the successful local San Francisco magazine HSA/TFMODM or Humongous Schlongs of America - The Filet Mignon of Dick Meat. This publication was fashioned after Playboy Magazine, but was geared toward homosexual men.
The ascension of HSA/TFMODM with the AIDS and Gay Liberation movements gave those entities some serious simultaneous momentum. Ari’s magazine became the Rosetta Stone of the movement. Ari became somewhat of a local and respected celebrity in San Francisco.
Powerful people in the gay community wanted to invest in taking HSA/TFMODM nationwide to expand its awareness and influence.
But they insisted on one important proviso.
Ami was a private person and the group realized it would be difficult to persuade the gay community he become the “accepted” voice of the alternative Gay culture.
Why?
Everyone just assumed Ami was “out of the closet.” Problem was, Ami was just a hetrosexual businessman with flair. He wasfop with out the pish and never was in the closet. Ami had to now falsely go in the closet as a hetrosexual man to publicly come out to announce he was gay. That was the deal.
HSA/TFMODM was the first respectable gay oriented publication to showcase great progressive articles and provocative interviews.  This information would not solely be of interest to the gay community. Not trashy, but sophisticated.
It was like a gay Playboy with tasteful photographs of young nude men. There was even a centerfold.
As its influence grew into the 1980’s and beyond, Ari’s empire had HSA/TFMODM Clubs in New York, San Francisco and Chicago to mirror Playboy clubs. The clubs featured young perfectly sculptured men in gerbil outfits, whiskers and all.
Ami used what would become a later Clintonian enunciated policy of “Don’t Ask, Don’t Tell.” Everyone thought he was gay, but he was not. He artfully fended off all men who approached him.
Ami would remain the private person he always had been. If questioned, he would introduce subtle double-entendres with tawdry, bawdy and homosexual overtones.
A long distance cross Atlantic serious relationship with a fictitious male individual would need to be created. This would account for his secret extended excursions or trysts. He announced his monogamous relationship to put at risk sex on the high list of factors that can spread AIDS.  Carefully and artfully leaving out if the relationship was hetrosexual or homosexual.
The difference is, he’d have secret and highly discreet rendezvous with a woman.
***

The multimillionaire publishing Barron Ami has left detailed instructions with his legal team. All to be released upon his death. The information includes videos of his French wife and three adult children. They were all in on the deception.
So, Ami peacefully dies in the South of France. It’s as if this showman planned the ultimate coup d’éta. September 28th 2017, the same day as his heterosexual counterpart Hugh Hefner’s death.
Two masters of enabling social change are now gone, but will not be forgotten.