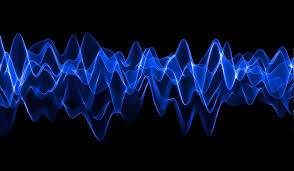 
Pebbles takes the usual few seconds after his thought to shake his head and then pronounce: “If you think about and argue with your old man, he wins because that’s what he wants - control - Fuck him and let him stay dead! Using heroin is his tool like his frequency is his tool to fuck with you.”
“Fuck him and let him stay dead?” Rizmore repeated, “Yes!”
***
Rizmore sent Pebbles back to New Jersey and locked himself in his small apartment. It was a Sunday evening. He was preparing himself for a Monday morning last confrontation with his father.
This time without heroin.
It was over in ten seconds. Rizmore had two words for the elder Kapottee, a forceful and loud: “FUCK OFF.”  He then turned away.
Heroin might have been the initial enabler. But it was his own intellect that decided to take command after those years of abuse from his father.
Mr. Kapottee’s frequency diminished right before Rizmore’s glassy eyes. He heard a deafening screech as his father got his express ticket back to hell, empty-handed without Rizmore as promised. The Devil was probably quite pissed. The other frequencies then just disappeared.
He was free.
Rizmore started his solitary cold turkey. He stopped all his clocks and covered all the windows. He would remain in the darkness and take what’s coming. It was worth it.
***
The Gypsy Prudence was then quite content with her client Rizmore. Under her guidance, (she believes) he has stopped using heroin and has decided to try and sell his art on the street in SoHo.
She still did not believe all that crap about frequencies and the generational confrontation. But she did not shy away from taking credit for Rizmore’s turn around.
***
Ricardo was released from prison. He got time off for good behavior. The Gypsy Prudence was happy to welcome him back. He then he dropped the good news on her. Ricardo had found Jesus in jail. He was Born Again and off the shit.
The Gypsy Prudence saw it as a golden opportunity. New York was becoming a drag. Ricardo was still wanted by his drug-dealing associates. She and Ricardo obtained new identities and moved out west to start their own church. Another scam for The Gypsy Prudence using an innocent dolt.
Rizmore started hanging out in this very bar.  After a few years, his apartment building caught fire and burned to the ground. He just picked up and left the neighborhood. I believe he met a Japanese woman in SoHo and decided to move to Japan to create art.
So that, my new young friends, is the tale of the Illegal Frequencies, Mickey McDougall said as he belted down another in a long line of free double bourbons. Mickey knew the CLAPs wanted to believe the story. He was not that drunk to miss the excited look in their eyes.
He then motioned over to Kelley the Bartender. He pointed to the picture of Jesus hanging over the bar and made a flipping motion with his hand. There behind the picture, Kelly grabbed a gold bracelet with three charms fashioned as metal hangers and threw it on the bar. Mickey picked it up.
When Rizmore’s apartment house burned to the ground, that picture of Jesus and the bracelet were the only items left. Rizmore hung them right there and soon after left the neighborhood.
The CLAPs thanked Mickey, paid the tab and left a generous tip for Kelley and departed happy campers.
Published 12/22/17 www.short-stories.me
​