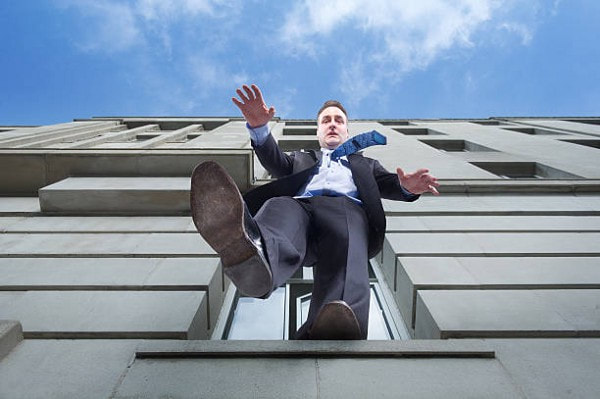 The Dive
It was a beautiful brisk Manhattan autumn evening in 1984. Sean and Frankie were getting back on patrol from their meal. They had enjoyed a late supper at a new French restaurant, the CAFE DU PARC. Their old pal Nicky now owned and managed this elegant cafe on East 19th Street. Last week he had invited them to tonight’s private opening. Nicky was welcoming his hand-picked list of guests. There he was, decked out his natty tuxedo and coiffed salt and pepper hair.

Sean had his usual DUCK A L’ORANGE. Frankie loves COQ AU VIN. The Chef outdid himself. Everything was perfect. His made from scratch raspberry salad dressing was out of this world. The  perfect crusty bread was reminiscent of Paris.


Nicky selected a bottle of vintage imported French Bordeaux  to compliment their dinner.


Frankie thinks Chef Jean-Marque became miffed when  Sean ordered his salad dry. Nicky explained to the Chef (in French) Sean's tendency towards the pedestrian. Nicky claimed Sean was culinary, a work in progress.


The French pastries were out of this world.


Jose the busboy got jammed up last week for some stupid shit in the 2-3 Pct. Nicky called Frankie and Sean. They helped Jose navigate the way out of getting tangled up in the bureaucratic criminal justice system.


Jose was so grateful and thanked them for keeping him out of the system. “Why should Jose get stuck with a NYSPIN number for some bullshit,” Sean said. “What are friends for if they can’t do the right thing?”


As soon as Frankie and Sean notified Central they were 10-98, the dispatcher assigned them a job. The cops responded to a residential loft building on East 22nd Street right off Broadway.  A group of CLAPs (Caucasian LIberal Asshole Profesionals) flagged them down as they pulled up. They looked worried and concerned.


Sean spoke to a thirty something female who approached the RMP on the drivers side as they were exiting. Her name was Kalyn. It seems the group expressed concern about a mutual friend, Taylor Miles. He lives on the 7th floor of this now trendy residential loft building. Taylor has not answered his phone or his beeper. He's been incommunicado for days.


Kalyn explained Taylor had fallen into some kind of emotional funk. The concerned group came to the loft to see what was up with their friend. Taylor did not answer the intercom, so they called the Police. They did not want to confront him alone. Most likely they didn't want to be people finding their friend’s dead body.


Frankie buzzed the other floors. A woman appeared at the lobby door. Jimmy explained the situation and she let them in. Frankie told Taylor’s friends to wait downstairs. The friends agreed.


This was one of those 100 year old converted former commercial loft buildings. The renovators left, among the other pleasing original elements, the old freight elevator. Its door opened directly into the new living spaces. That, along with the 100 year old exposed brick walls were quite the rage back in the 1980’s.


It was a self service ornate metal gated elevator. The original round brass/ porcelain Engine Order Telegraph mechanism ran the oversized cage. Frankie grabbed the heavy brass trimmed porcelain lever. He then spoke to Sean in an affected voice. It was the imaginary, secret homosexual lover Biff Rheinaldo. Frankie had created Biff for Sean as a running joke.


That annoyed the shit out of Sean. And, of course, he gave Frankie the now obligatory punch in the upper arm.


Biff then said, “Who the fuck are you supposed to be, Captain Crunch?” Frankie laughed. Sean then gave Frankie his usual Murder One look.


Biff added “Twenty slashes from your wet noodle? Oooooh! You’re so naughty, that’s not the proper way to recruit to SEMAN!”


Sean grumbled under his breath the usual, “You really do amuse yourself, don’t you?” as Frankie laughed.


When they got to the 7th floor, the metal sliding door remained closed and locked. Sean banged on the door and announced, “It’s the Police. Open Up!”  He told Frankie to shut the fuck up when Frankie announced “At least one of us is.”


About twenty seconds passed. They did not detect the odor of a ripe one. That was a relief. Then the metal locks clicked and the heavy steel door opened.


The space was dark save the ambient light. Streaming  light came through the sides of the black paper covering the massive windows. The dazzling views of Madison Square Park  and the Empire State Building were gone. Frankie scanned the area for anything that this guy might use to harm himself or the cops. The scan produced negative results.


“Yes, is there a problem officers?” Taylor said not making eye contact but staring to his left. Frankie followed his gaze and saw the large window to the alley shaft opened. As Sean moved to engage Taylor in conversation, Frankie went over and shut the window. The ambient noise of East 23rd Street became a small din.


Sean explained his group of friends are downstairs. They're concerned for his safety because of his unresponsiveness. His friends wanted to come up and talk to make sure he was OK.


Taylor sat on one of his eclectic pieces of furniture. Frankie knew it was an original Eames. This guy had great taste in his collection of everything. Sean later agreed Taylor’s loft looked like it was right out of Architectural Digest.


The two cops engaged Taylor in conversation. He talked in generalizations and circles. Frankie sensed this was going nowhere fast. He had an idea. In mid sentence of a response from Taylor, Frankie stood up. He caught both Sean and Taylor off guard. Taylor  looked up at Frankie with surprise.


“Hey Taylor, if you don’t want to or can’t put the past away or can’t face the uncertainty of the future”.


Frankie stopped speaking and walked over to the alley shaft window -

Frankie reopened it all the way - “Then please, do nothin' stupid until after Midnight, that’s when we get off work.”


Sean, following Frankie’s lead added: “It’s a fuckin’ mess and lots of paper work when someone takes  'the dive.' We’d rather not have that shit on us.”

Taylor for the first time, looked directly at Sean as he turned from his gaze at Frankie.


Frankie then nonchalantly added, “The 13th Pct. Midnight cops, they're  "Certified Patrol Scum." They’re accustomed to handling shit like that, they’re so ghoulish.” Frankie made a exaggerated look of revulsion. Then smiled.


The two cops stood there in silence as Taylor broke out in a big smile.


It seemed to the cops Taylor smiled for the first time in a long time. The dark humor brought a sense of relief to his anxiety.


Frankie in his poor Eddie Murphy impression laughed and said “Hey, what can I say?”


They shared a few more laughs. Sean then asked “Should we send your friends up?” Taylor agreed to meet with them.


Frankie left Sean with Taylor, just in case he wanted to take "the dive.” He took the elevator down to get the group.


The friends entered the loft. All the CLAPs soon became upbeat following Taylor’s lead. Sean took Kalyn over to the side. He privately gave her a play by play of their encounter with Taylor.


Frankie entertained the group with some cop humor as she profusely thanked Sean for their concern.


“That’s what we do,” was Sean’s simple retort.


When the partners got back in their RMP Sean said, “Don't you remember when you told that last guy to jump?”


Sean was referring to the Jumper they handled about a year before. He was an EDP (Emotionally Disturbed Person.)


This knucklehead was  perched on the second floor of a Brownstone only 18 feet from the sidewalk. When the cops got there, Frankie said “If you’re gonna jump, hurry up and jump already, our Pizzas gettin’ cold!”


The guy jumped. He suffered a broken ankle and was committed to the Bellevue Psych Ward. It was on a midnight tour so the whole thing got shit-canned. Frankie and Sean didn’t even wake up the Sergeant to let him know what had happened. He was sleeping it off at the Korean Whore House on Lexington Avenue.


A month later, Frankie and Sean were sitting in their RMP by Madison Square Park. Checking out the LLRs (Lovely Looking Receptacles.) That they were.

Taylor noticed the cops and came up to their RMP.


“Hey guys, how are you?” He cheerfully asked. He had his own LLR on his arm.


“Are you the cool cops he’s always talking about?” Taylor's luscious muffin asked.


“Your names can’t really be ‘Lowlife’ - Really?” She asked as Sean checked out her dynamite cleavage. This, as Taylor gave both cops a smiling nod of approval while standing behind her.


“Yeah, that’s us - We Lowlife!” Frankie said, using his urban voice with a big smile.


Frankie said, “I’m quite sure you are.”


The cops got out of their RMP and chatted with the young vibrant couple.


Sean and Merry were talking.  Taylor whispered to Frankie: “I put the past away and I’m eagerly looking toward the future.”


Frankie, smiled. He, Frankie Neptune, was at A Loss for Words. Frankie, as usual, unable to take a compliment.


The stylish couple departed. Frankie and Sean checked out her beautifully apple shaped ass. It was working its magic in that tight black skirt. Frankie sighed: “Wouldn’t you love, just love, to hit that shake with your rattle and then roll with it?”


Taylor and Merry were about ten feet away. He then turned his head back toward the cops, smiled and mouthed:  “Thank You.”


And they were off.


No use letting the perps know they were on their way.