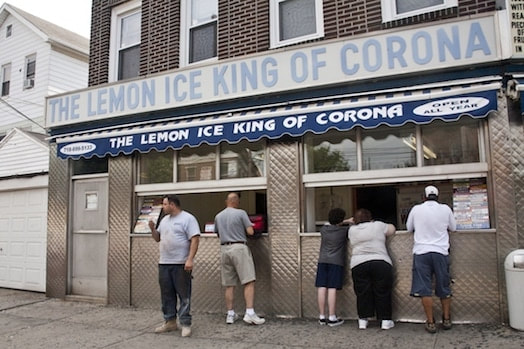 The Old Neighborhood
Upon my discharge from the service in 1969, I went directly to Indiana University. I eventually returned to New York City to live and work in Manhattan.  My old neighborhood, Lefrak City just became a fading afterthought.

As time went by, I would pass Lefrak City when traveling on the Long Island Expressway. Like most Manhattanites, I considered all of Queens “fly over country.” You know, as most obnoxious bi-costal elites consider the midwestern United States.

When I lived there, Lefrak City, the high rise apartment complex, was a combination of mostly Jewish and other Caucasian ethnic families. It was built for those escaping the deteriorating ethnocentric neighborhoods of Manhattan, the Bronx and Brooklyn. This exodus included leaving behind the major crime that invariably accompanied urban blight.

It became a time warp to finally physically set foot in and walk around the old neighborhood. Immediately interesting was noticing the physical changes to old structures.  The new structures replacing those now gone and just remaining in my memory. My overall impression: smaller, more congested and dirtier.

Those 1960‘s Lefrak families are now gone. Replaced by multi national first generation immigrant families. It is reflected in the type of retail merchants spread along 57th Avenue. There is an overabundance of Hispanic bodegas, Russian, African and Indian food markets.
​
I wandered around aimlessly. After about an hour, the only familiar person I recognized was Tony Provolone. He seemed to be loitering in front of the Lemon Ice King of Corona.

Tony was looking the same except for the thinning grey hair and his now seventy or so extra pounds.  An attempt at engaging him in a simple greeting didn’t work. He did not even acknowledge my existence by looking right past me.

I bought a large Watermelon Italian Ice for his consumption. I started by telling him I knew it was his favorite from back in the day.
That jared his memory. I could see those wobbly wheels turning behind his suspiciously brown bloodshot eyes.

“Frankie...yea.....  from Lefrak (he pronounced it Leaf-Rack). Yea, Laura was your sister, Right?” He struggled to remember who I really was. “I used to sell her weed,” he laughingly continued while still searching his pea brain for a final conformation. I guess my appearance has changed dramatically, but then again, he always was a dumb fuck.

Tony continued thinking, as the melted Italian ice rolled south down from his toothless mouth along his double chin. It finally landed on his already stained and undersized New York Mets tee shirt. Tony then rubbed his exposed hefty and hairy stomach sporting an outtie belly button. He  now completely remembered who I was.

That look of recognition, resembling a cartoon character with a lit light bulb shining over his head. The look slowly encompassed his two day old stubbled and acne scared face.

“Frankie....SHIT!...FRANKIE The half Jew-half Wop! " Tony said, continually shaking his head in an affirmative nod while not missing a lick of his Italian Ice.

Tony and I walked over to Needle Park (a name given to Corona Park by the locals when shooting heroin first became fashionable). We found a bench not vandalized and sans bird shit. We then sat down to shoot the shit.
******
Tony Provolone is a burned out leftover acid freak pseudo hippie. He  probably still operates on the outer fringes of organized crime. Tony hails from a part of the neighborhood made up of circa 1920’s one family houses: Corona.

Corona, this once old Italian-American enclave is opposite the sprawling giant apartment complex, Lefrak City in Queens, New York. This area is where the old world met the new world in the 1960‘s along 57th Avenue. That’s when and where Sam Lefrak uninvitingly infringed on Corona’s empty south side and built Lefrak City. Then heralded as “Total Facilities For Total Living.”

I was interested in what happened to some of the characters from the old days. Luckily for me, Tony said he never really left the neighborhood. Then again, Tony’s remembrances may not be a true rendition considering his many years of uninterrupted drug indulgence.
But I was willing to hear what he remembered.

The only trips Tony had ever taken were of the LSD variety. He still lives in the same pathetic illegal studio apartment over his Uncle Madicuhe’s barber shop on National Street. Tony has never really left the neighborhood.

By default, Tony has become the unofficial or de facto oral historian of the entire Corona neighborhood, including Lefrak City. Seemingly one of the few leftover neighborhood residents from my past, what choice did I have?

He talked, I listened.

Tony decided to proudly start with the infamous and still legendary Italian-American street gang known throughout Queens as Club 21. Back then they were the reigning youth street gang. Club 21 was headquartered and populated from Corona.

Both neighborhood sections (Lefrak and Corona) shared Newtown High School. Teens from both areas had to mingle. Club 21 hoods would follow Lefrak City kids home or come by Lefrak City after school to beat them up. They would extort money and other items of value. Tony still thinks this was quite amusing.

We all shared a zip code, but Club 21 had the muscle, organization and zip guns. These tough second generation Italian kids were known as “Hitters.” In Lefrak City there were two groups,“Hippies,” and then just regular kids like me.

Hitters were predators and the other two groups their victims. That was the extent of the relationship. Tony was a diplomat who operated in all three worlds and somehow survived. “Youse Leaf-Rack guys were like the first ATM machine,” Tony observed.

Club 21 was like a prep school for Mafia Wise Guy wannabes. A true criminal enterprise. Tony Provolone was the court jester for the gang. He was into some small time criminal activity with the boys, but they wouldn’t let him become a member. Tony was considered a loose cannon. He says his rejection was because his mother had a heart condition, typical bullshit.

Tony proudly informs me that all the guys from the gang are either dead or are indefinitely in the can.

The only exception is Johnny Mendola, who became a Catholic Priest. The gang would visit Father Johnny in his upper middle class Westchester, New York Church. They wanted to help Father Johnny increase the collections on Sundays. “Father Johnny kindly rejected their benevolent offer.” Tony bewilderedly said to me, making the sign of the cross and bowing his head.

“Do you think maybe Johnny Mendola became a Priest because he was really gay?” I questioned, trying to get some juicy info to make my trip worthwhile. I raised that supposition knowing if Club 21 ever knew Johnny was a fag, even his family wouldn’t mind if the boys clipped him. Johnny might have had to hide with his homosexuality in the Church.

That look meant dummy up regarding the fag shit about Johnny. (Excuse me as I  unintentionally deviated into my past verbiage.)

Tony quickly moved on to mentioned he was really proud of the fact that his cousin and former Club 21 member Guido Banduchi became a made man in John Gotti’s inner circle. (Italians all have thousands of cousins.)

Guido was eventually found violently tortured and whacked in the trunk of a stolen Ford LTD in South Ozone Park. Tony was somehow proud of the way Guido met his demise. “He took it for John,” Tony whispered with true reverence.

It is now 2016 and the gang is defunct. Its legend boasts: No member ever was a rat or entered the witness protection program. Stand Up Guys, that they were.

Somewhere in Tony’s ramblings I deduct that Club 21 is still respectfully remembered by the older pinky ringed guidos.  All that remains is a last smoke filled storefront Italian social club on Corona Avenue. That's where the dwindling number of elder Corona statesmen spend their remaining days.

Yet another sign that this part of the neighborhood has changed: Fewer and fewer Italians  are seen and increasingly more and more Hispanics are taking their place.

We continued to talk about what happen to so and so,  and who married so and so. Who overdosed on heroin as well as who became famous from the neighborhood.

We spoke of others that were then and are now still lesser known. Tony also proudly rattled off a list of Corona Italian Wise Guys profiled on various Cable Network Mafia Crime shows.

Tony went on about how Club 21 members easily got “Leaf-Rack Jew Broads” to give head on demand in the stairwells and the roofs atop the tall buildings of Lefrak City. A guilt ridden Tony then embarrassingly told me my younger sister gave him head in 1967.

It may be true, but I’m sure her Jewish Doctor husband of thirty five years, their two kids  and her fellow members of The Sisters Auxiliary of Temple Beth-El of Glen Cove, Long Island are not aware of that part of her life.

I doubt it was him, but it might have been some other “Hitter” broad.

My sister went through a “Hitter” stage before she became a “Hippie.”

Like most of Club 21, Laura was not an academic student. She knew Club 21 from her classes so she kind of fit in.  After all, we do have an Italian last name.

Tony remembers one late fall evening. I was walking home and a group of Club 21 thugs surrounded me intending to rob me and kick my ass. Then Tony allegedly said, before they pounced “Yo, Patsy, dis guy is Laura’s Brutther.” The group then left me, without incident, looking for another Leaf-Rack Jee-Bow (Jew Boy) to molest and rob.  I remembered it as well.

Interesting aside, then as now, I don’t identify with being either a Selectoid (Jewish) or Spaghetti Bender (Italian.)  When I mentioned this to Tony he looked me straight in the eye and said: “You got an Italian last name, but you ain’t no Italian.” He meant it as an insult, but I took it quite differently.

I then told Tony a story:

“Hey Je-Bo, which part of youse is Italian?” I remember someone later identified as a Club 21er condescendingly asking me during my first week at Newtown High School. We were in the gym and somehow he knew I just moved to Lefrak City.  It was a direct challenge.

Wop logic:  Lefrak City/Academic Student: I must be a Jee-Bo.

Not knowing who he was or what Club 21 was and me thinking I was a tough guy just moved to Queens from Brooklyn I said...”My feet are Italian, because they smell.”

He challenged to meet him after school to fight by the Pizza Nosh (he pronounced it Nush) on 57th Avenue. I agreed and when I showed up he was there..... with half of Club 21.

In Brooklyn only Boneheads (Blacks) would do something like that. They traveled in packs.

The Spaghetti Benders chased me over the 99 Street Bridge into Rego Park. I got lost (in my new neighborhood) and couldn’t find my way home. I had to call my mother to come get me.

That was my introduction to Club 21.

Tony just laughed, sucking down one of his twenty Kool Menthols (in between belching and farting) while talking to me on the bench that day.  I remembered this vile habit and then as it does now, it only accentuates his disgustingness.

Upon the realization I had spent the better part of the afternoon with this anachronistic individual, I knew it was time to leave.

So we said our goodbyes. Tony knew not to ask me for my cell number and I didn’t ask for his. Both he and I knew I would never return.
It is so true, you never can go home.

I was pretty sure where Tony was destined to be: Hanging out in front of the Lemon Ice King of Corona, just shootin’ the shit watchin’ as “the Deigos by.”