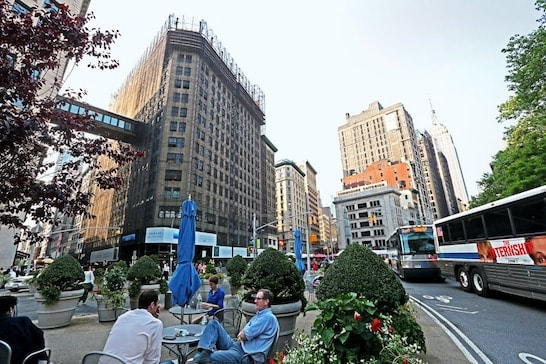 You Do What You Gotta Do

The radio was quiet, we had just gotten our pizza and were slowly driving toward Madison Square Park to observe lovely women walking to the subway on their way home. The clean and refreshing breeze made the leaves on the trees rustle along with the hum of the city on this fine September day. The late setting sun filtered through the tall buildings and trees casting long shadows and turning the cityscape and those on its streets into a Johannes Vermeer landscape.

It’s a beautiful autumn afternoon in 1982 New York City and I’m loving it!

As the afternoon shadows slipped into the moonlit darkness of the evening, things were quite slow in the 13th Pct. We had a few jobs ranging from a 10-52 (family dispute.) It was resolved with a warning to “knock it off and be nice to each other”, along with the mandatory Domestic Violence Report. A  10-10  (man with a gun) in the welfare hotel on East 28th Street which thankfully was 10-90X (unfounded.)  Then an old time bar fight in the anachronistic Irish leftover bar down on East 14th Street. An old time Irisher got his false teeth knocked out during a fight.  We found them in the sawdust on the floor. We made the two rummies involved shake hands and sent them on their inebriated way,10-90U (unnecessary). There were other mundane radio runs, but on the whole, it was a good night to be a cop in the greatest city in the world.

The quiet of the radio was broken when Central called: “13 Edward” (that’s us)...“Respond to 203 East 22 Street on a noise complaint, Apartment 6D.” That would be an easy radio run to end the tour, so we headed over there.

When we got off the elevator, the door was slightly ajar in apartment 6D as muffled music filled the hallway. Immediately as we entered, the odor of gas filled our lungs.  Sean opened the windows of the studio apartment to let in some fresh air. I then noticed there was a young woman unconscious on the couch. I went to revive her and Sean killed the gas from the stove and oven. An obvious suicide attempt. We notified Central to dispatch EMS.

She was removed to the hospital within minutes.
​
We then responded to the Emergency Room to get the required follow up information. In a hushed tone the head nurse told us the girl from 6D is a nurse who works in this Catholic hospital. She then said to us: “We take care of our own, this was not a suicide attempt...OK?”
​
Without another word between us it was understood the paperwork would reflect a noise complaint and a sick individual who was removed to the hospital with a severe case of food poisoning.
​
.In this job, you do what you got to do, you know: protect and serve.